Elevate founder Nick Mancuso is a highly motivational strength and conditioning coach with years of experience in training. He has worked with a variety of populations, stemming from personal training, group fitness, amateur athletes, and professional athletes. Nick's journey to becoming a premier strength and conditioning coach started while studying Dietetics and Nutrition at Buffalo State College. He would later earn a bachelor's degree from SUNY Fredonia in Exercise Science, and a master's in Applied Physiology with a concentration in Strength and Conditioning from Canisius College. He is a well-rounded professional who takes a unique approach with each athlete and individual client by identifying movement patterns necessary for optimal performance.
Nick began his professional career as a volunteer strength and conditioning coach for Salisbury University under Matthew Nein, who received the vote of National Strength & Conditioning Coach of the year award from the NSCA. Here, he helped implement training programs for women’s soccer, men’s baseball, and men’s football, and completed his CSCS certification. While completing his master's, Nick accepted an internship opportunity at Cooper Sports Performance In Tampa, Florida. Here, he studied under world-renowned performance specialist Dr. Josh Cooper while assisting in the NFL combine prep. During this time, Nick worked with dozens of professional and D1 athletes, including several top Dominican league baseball prospects. While finishing his master's at Canisius, Nick worked as head trainer and strength coach at a private facility, Jadablitz. He would then take this knowledge back to Rochester where he would personally build the first-ever Sports Performance Department as Director working alongside Sam Owens at Midtown Athletic Club. During this time, Nick completed his EXOS Performance Specialist certification under Dr. Nick Winkleman, Director of The Irish Rugby Federation and former head performance specialist at EXOS, his USAW1, and provided several public speaking events including his very own NSCA conference. Nick is a role model for the youth athletes of Rochester, building personal relationships with all clients and families. He currently resides in Chili, NY, with his fiancé Julie Roszak, chocolate lab Lucy, and three cats; Malu, Nala and Nutmeg. 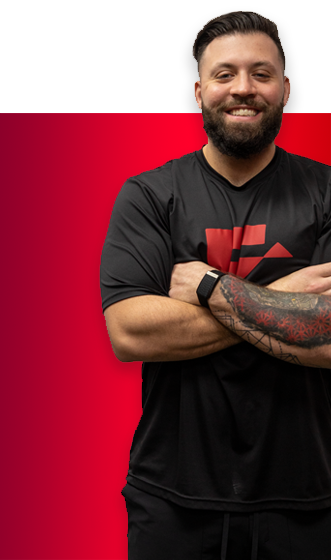 Nick prides himself in continuing education, staying current in the constantly changing fields of strength and conditioning, nutrition, and health and wellness. With a giant personality and an extreme passion for what he does, Elevate welcomes all skill levels of fitness. Whether you’re simply trying to get in shape, increase your knowledge of performance and exercise, nutrition, rehab and injury prevention, sports performance, or health and wellness, come join us and elevate your game on and off the field. 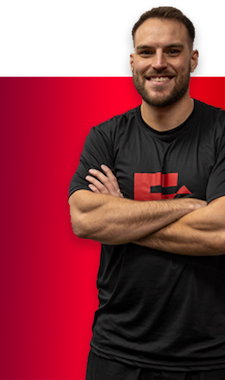 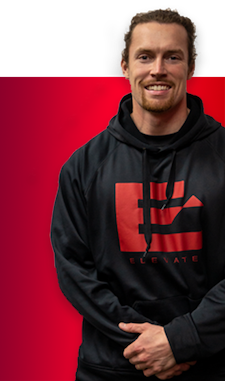 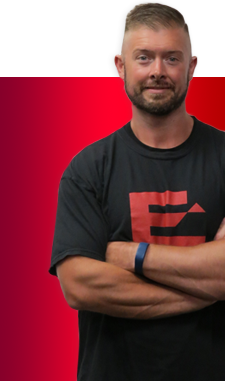 Our team has trained dozens of athletes ranging in various sports, including hundreds of professionals, amateurs and Division I student athletes. His advanced training style has attracted professional athletes from the NFL, MLB, as well as Olympic athletes.

Nick has trained dozens of athletes ranging various sports, including as hundreds of professionals, amateurs and Division I student athletes. His advanced training style has attracted professional athletes from the NFL to MLB as well as Olympic athletes.